“Treaty on Mutual Legal Assistance in Criminal Matters between the Government of the Republic of China (Taiwan) and the Government of the Republic of Nauru” was signed by Minister of Justice of R.O.C., Ching-hsiang Tsai, and Minister of Justice and Border Control of Nauru, David Adeang, in the Ministry of Justice, on August 7, 2019. Following those concluded with the U.S., Mainland China, the Philippines, South Africa and Poland, this Treaty is the sixth of its kind that Taiwan has entered with a foreign country/jurisdiction; it is also the second one being inked in two months after the Taiwan-Poland Legal Cooperation Agreement, which fully demonstrates the strong determination of the Ministry of Justice to fight crimes alongside the world. 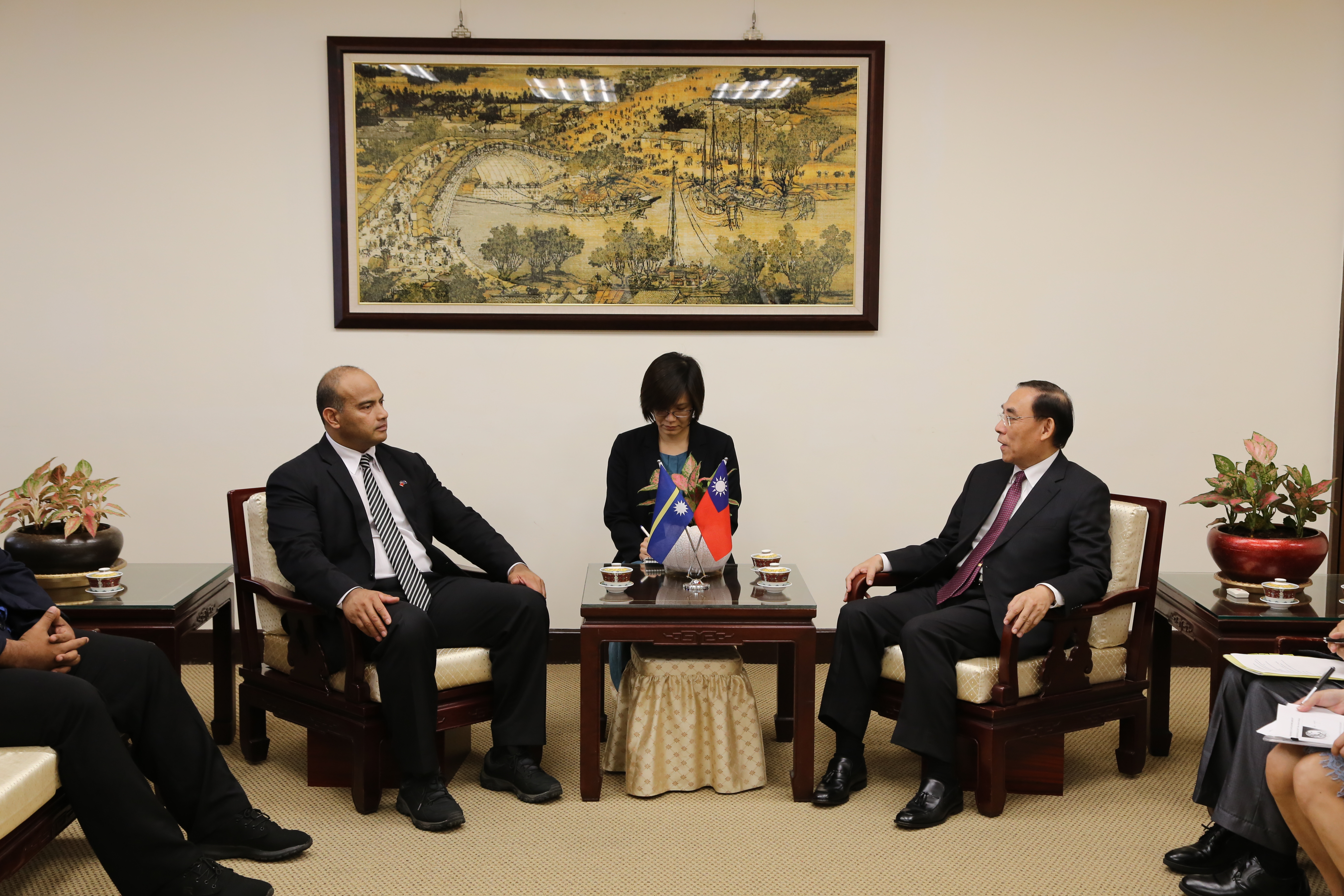 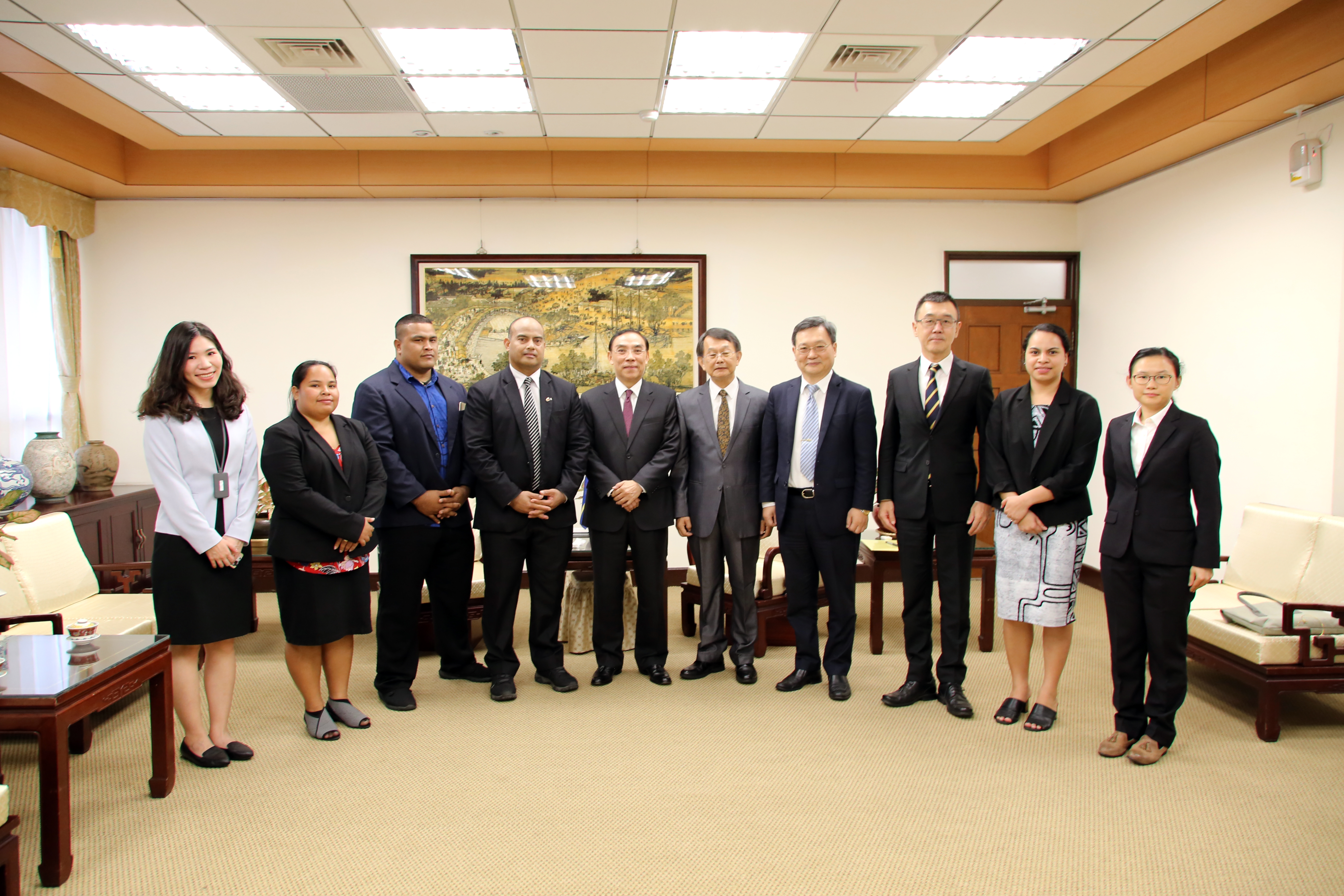 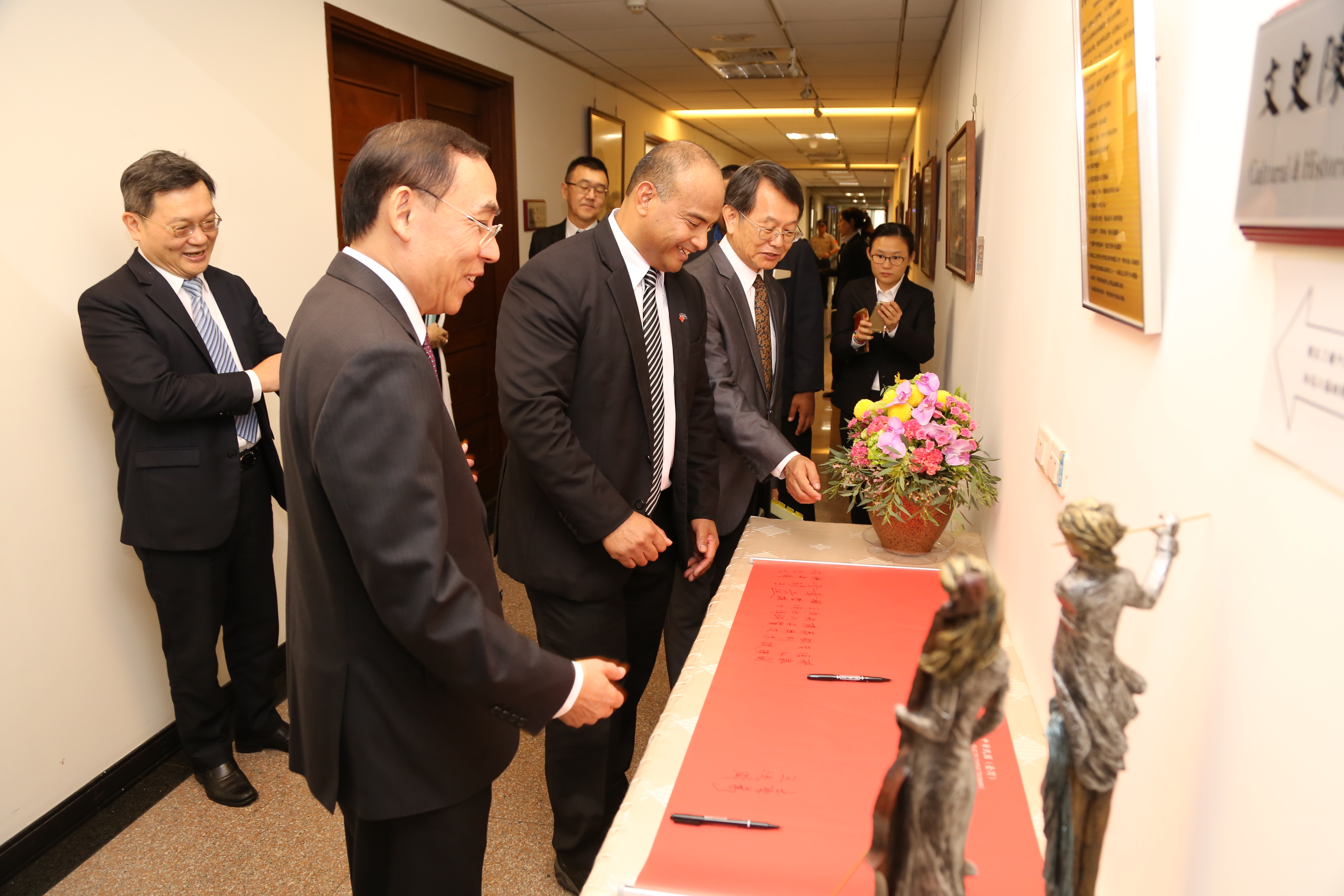 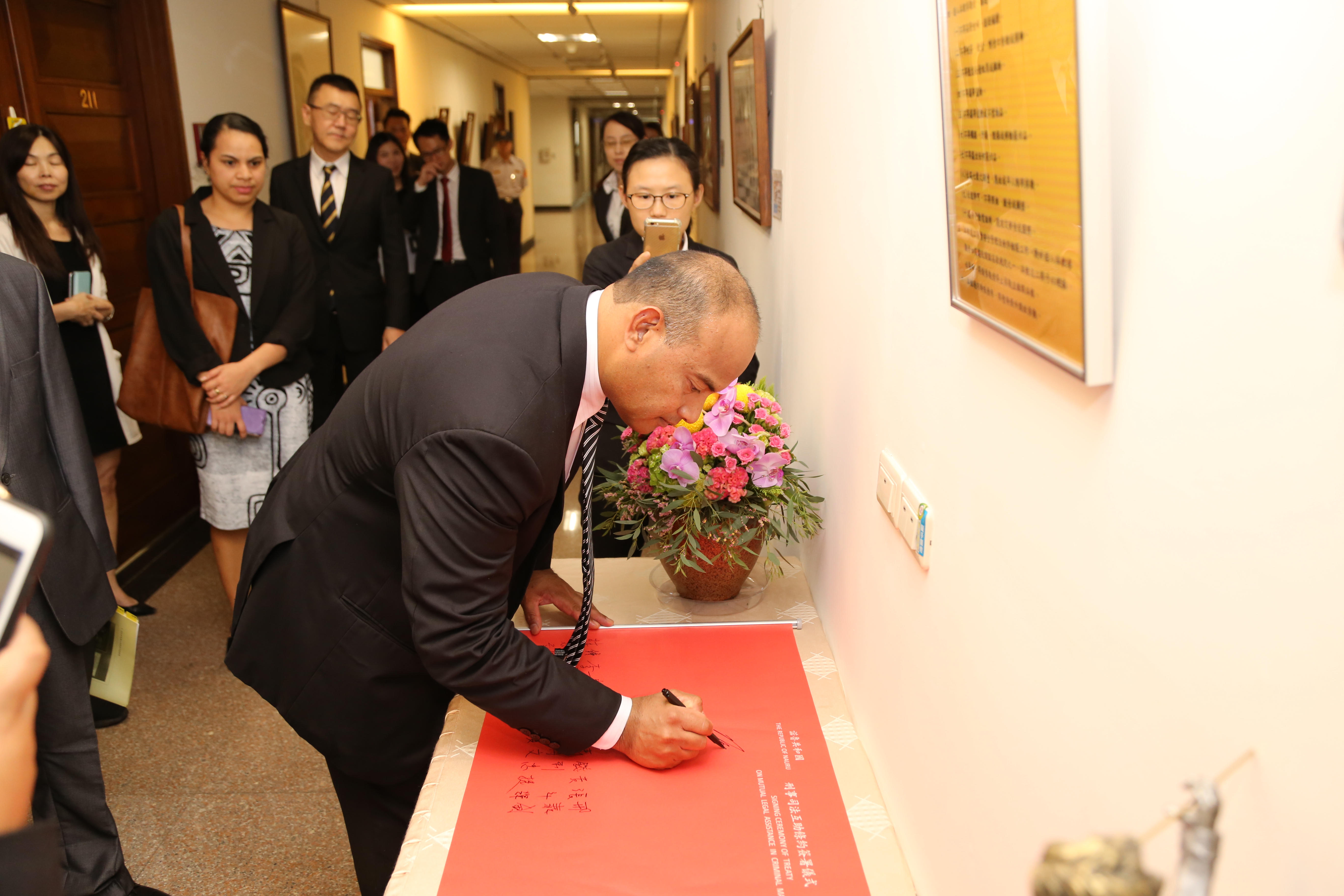 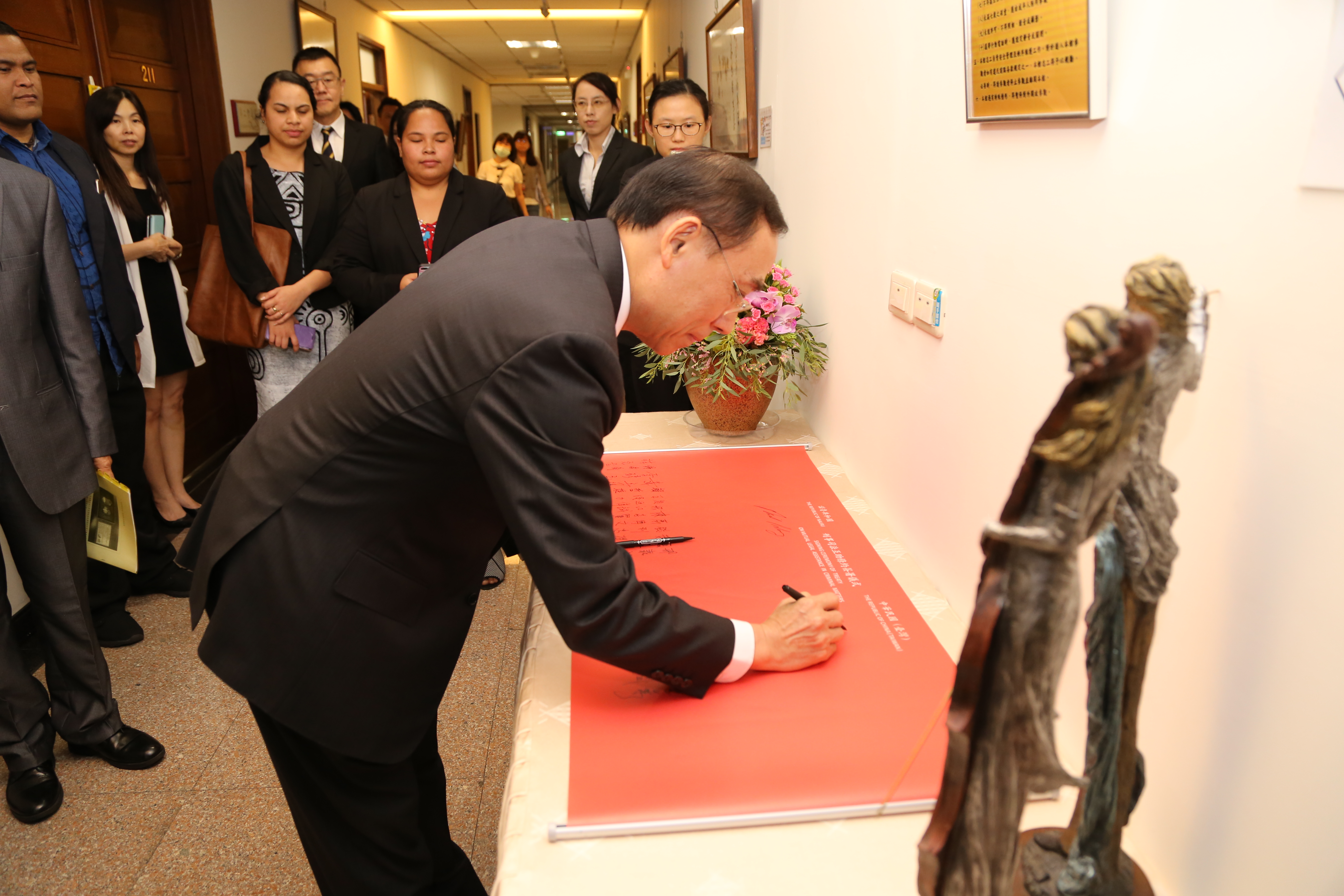 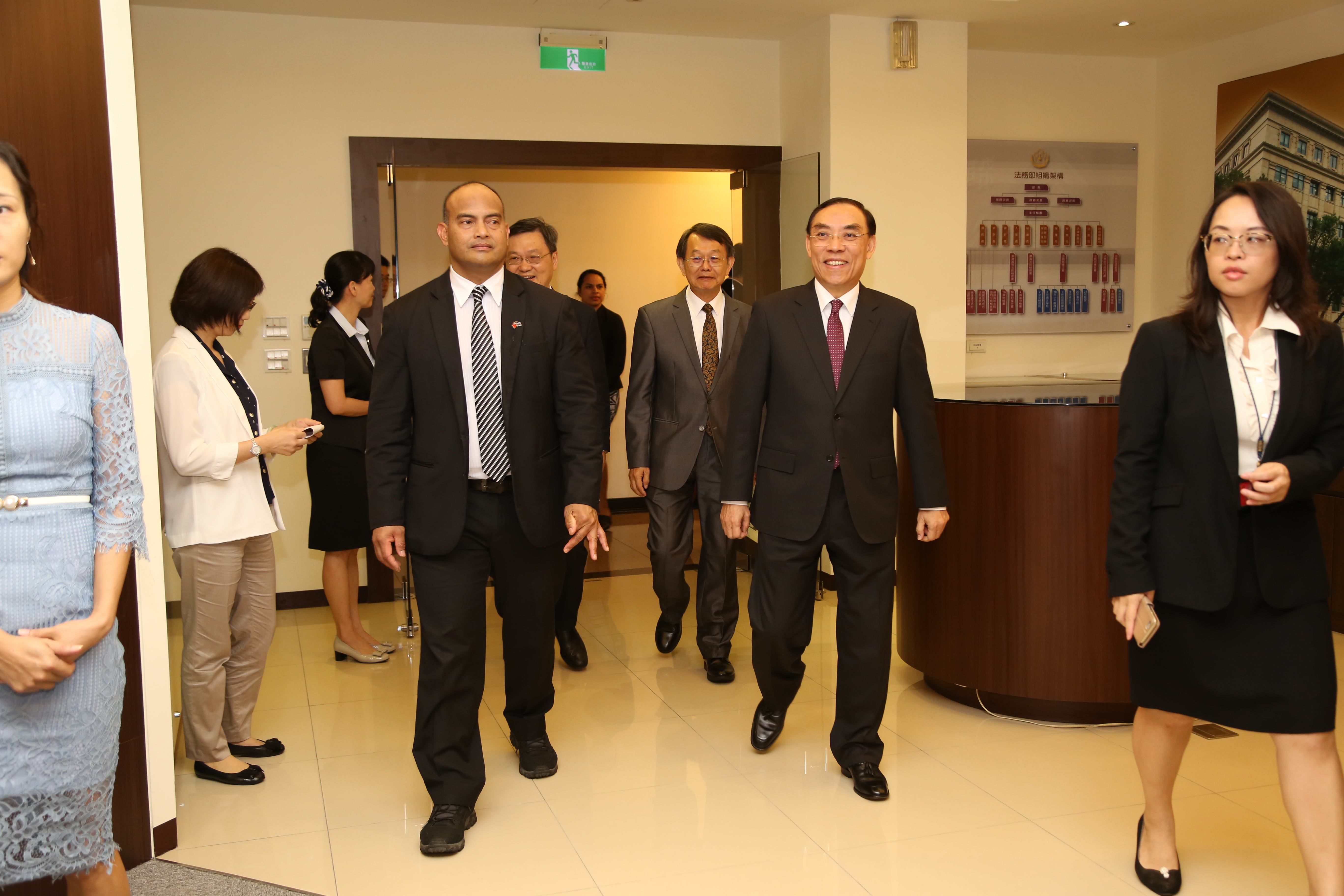 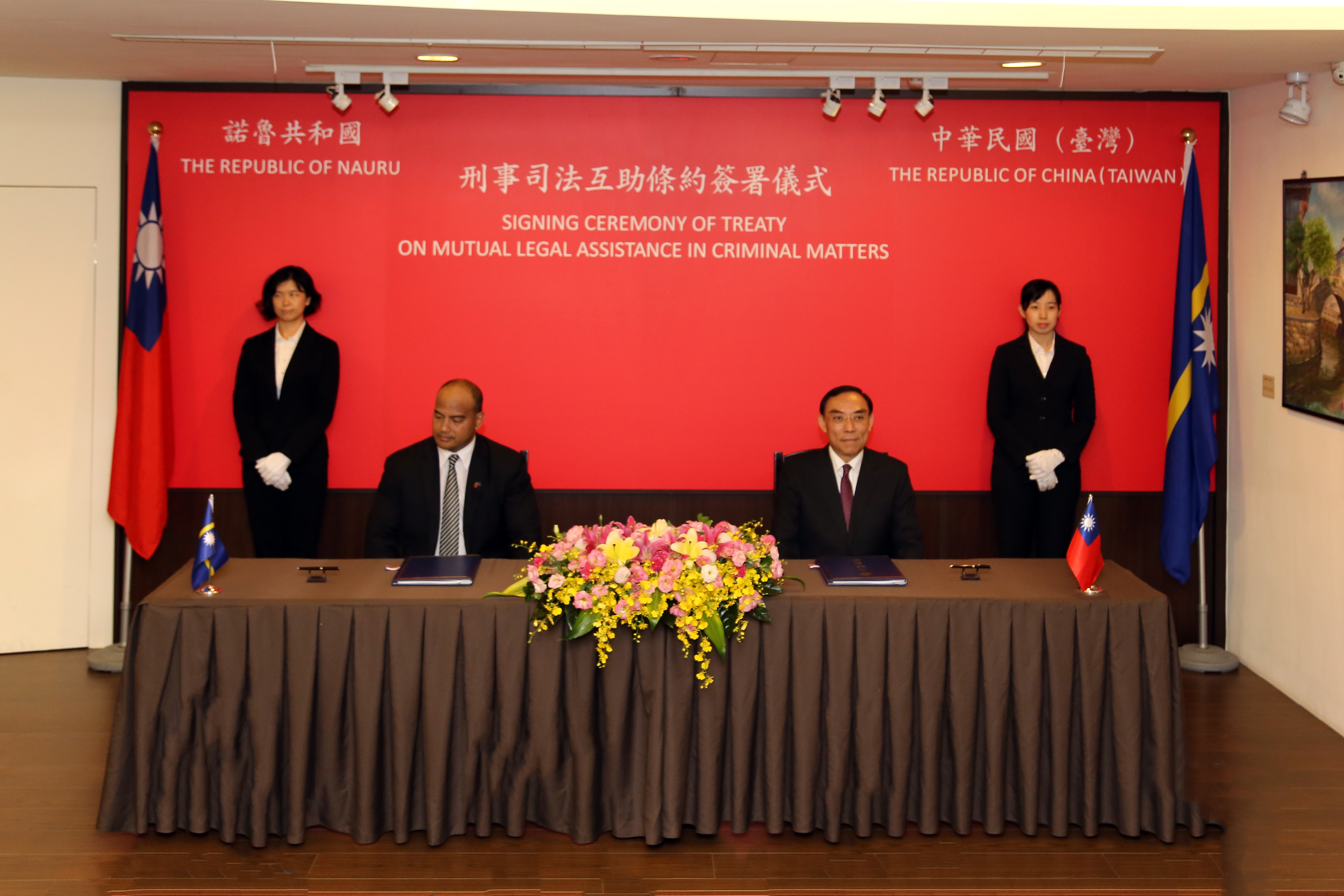 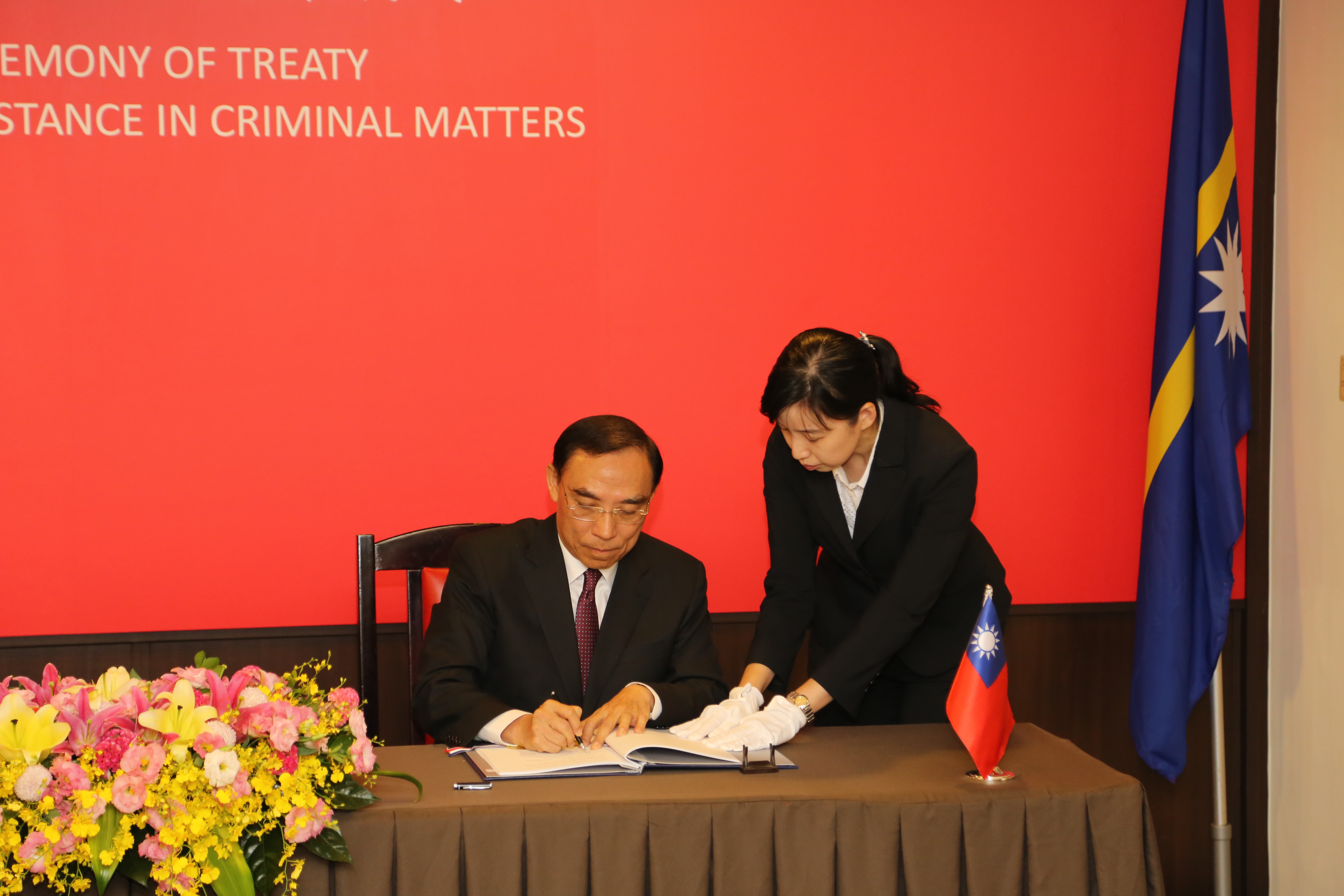 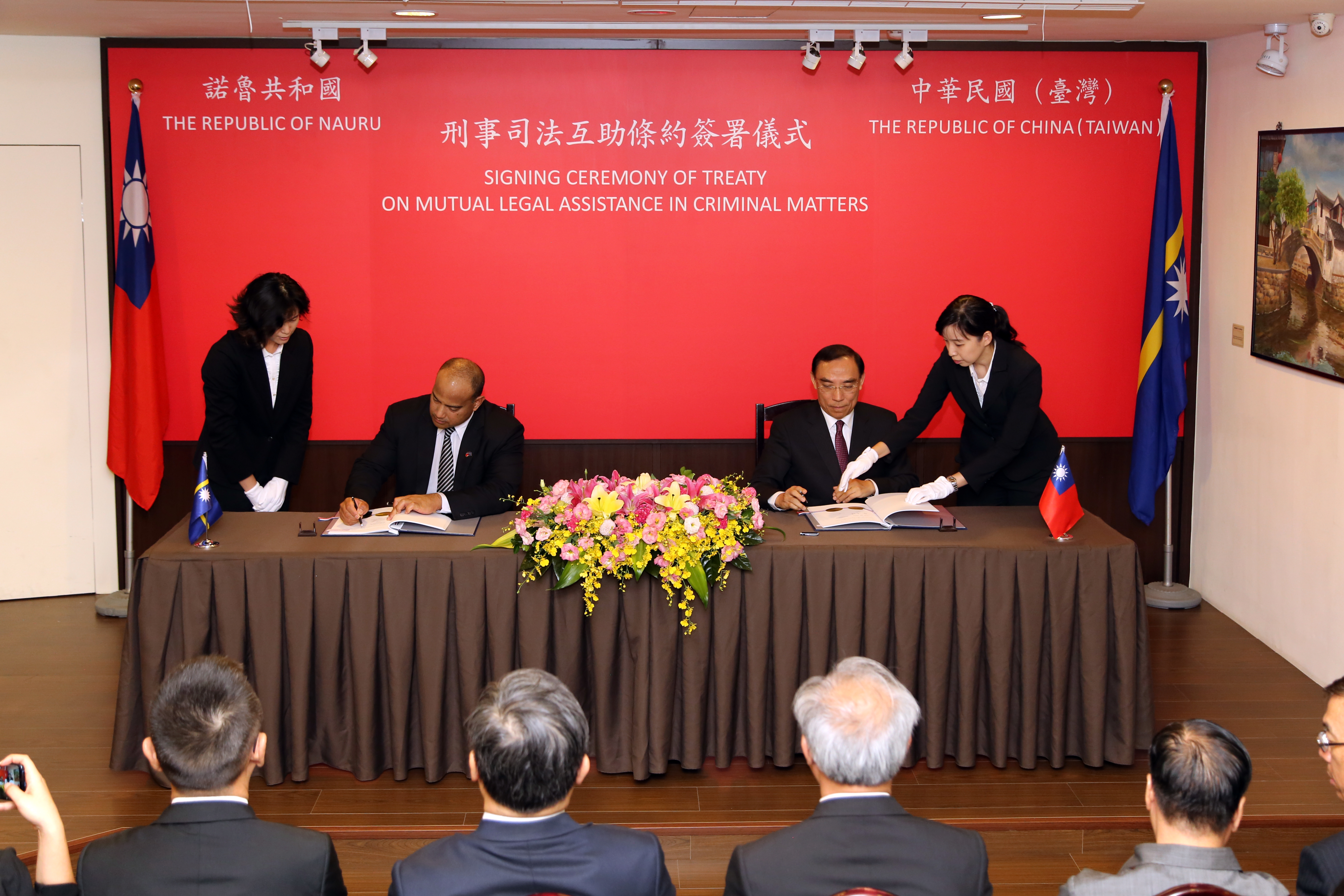 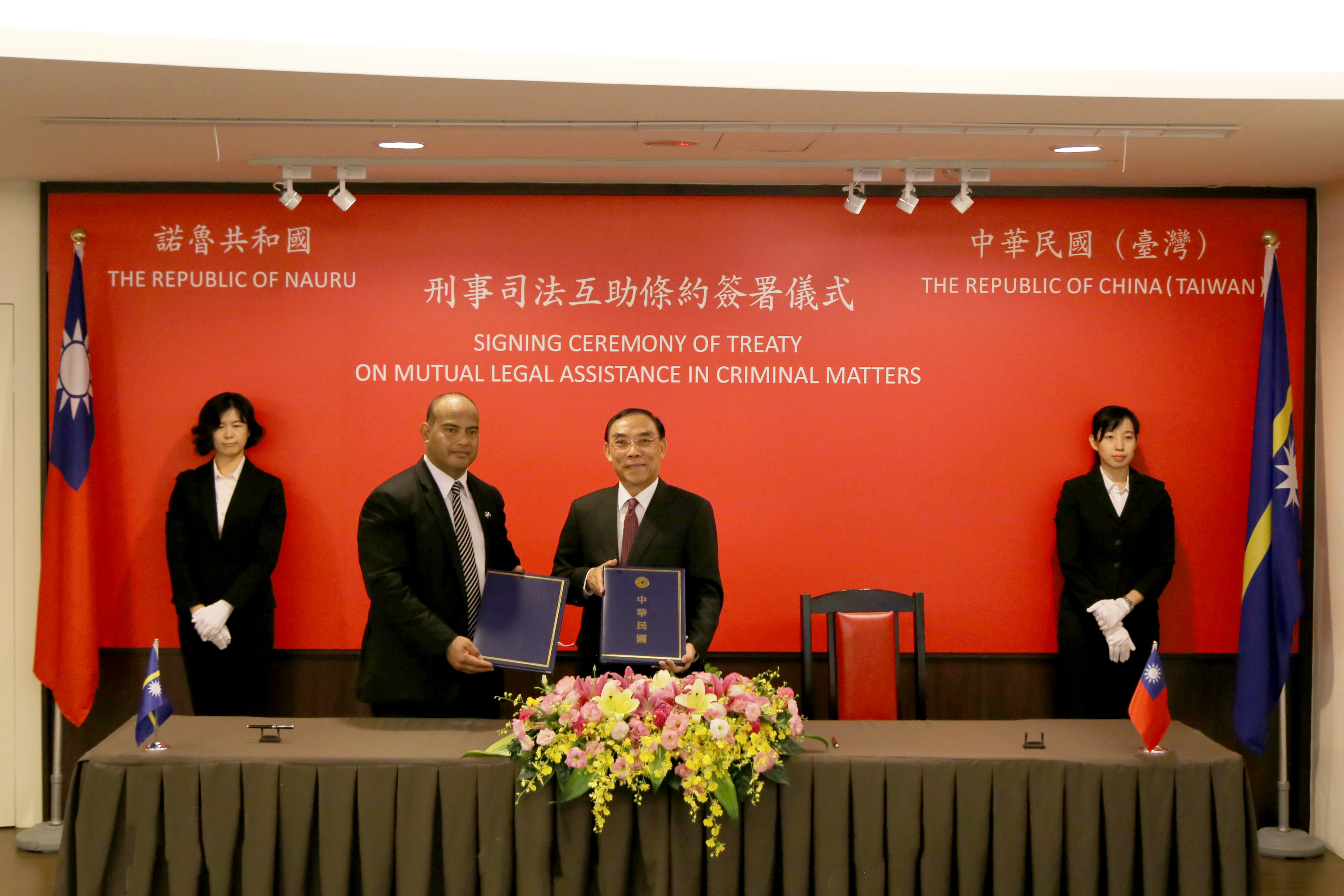 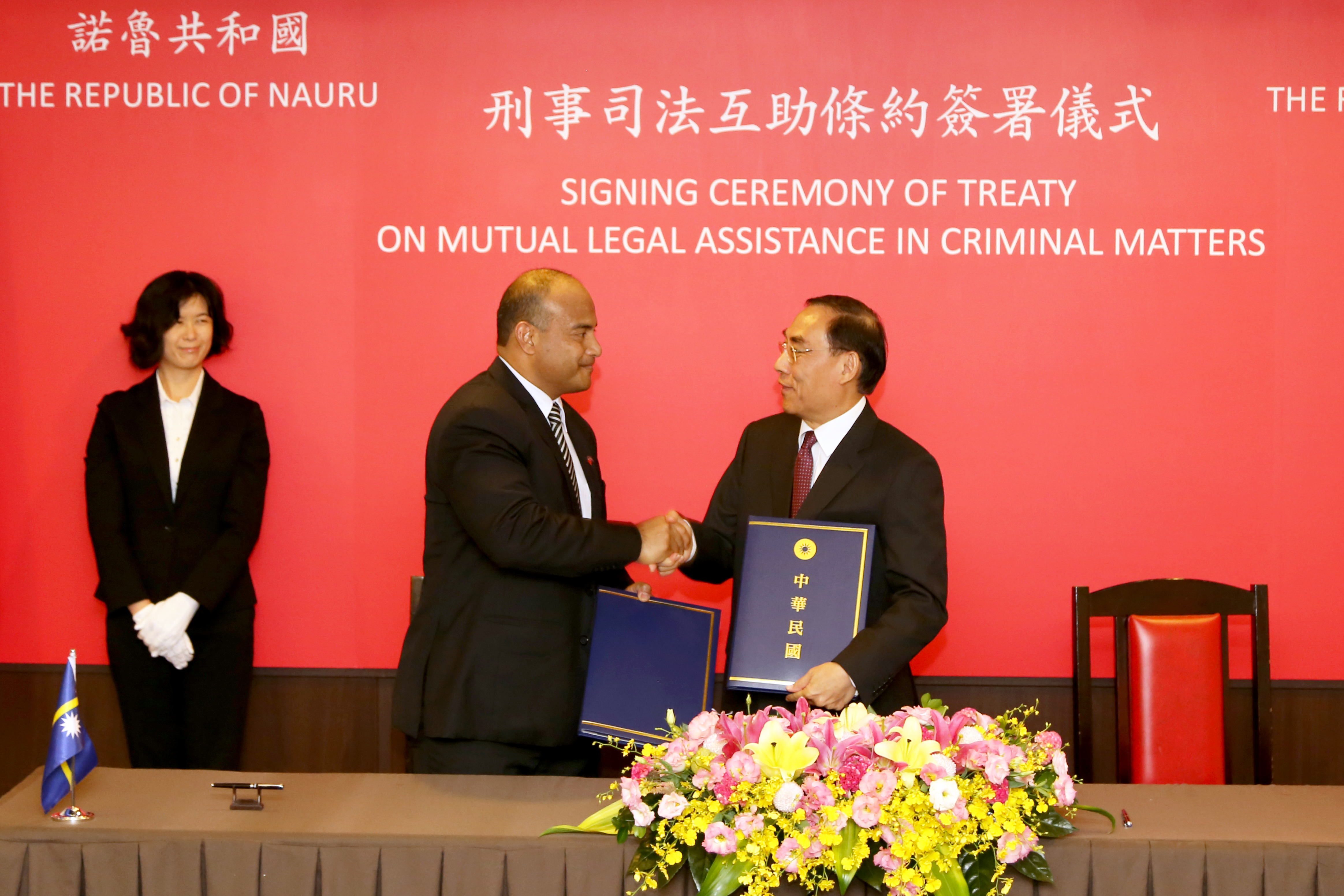 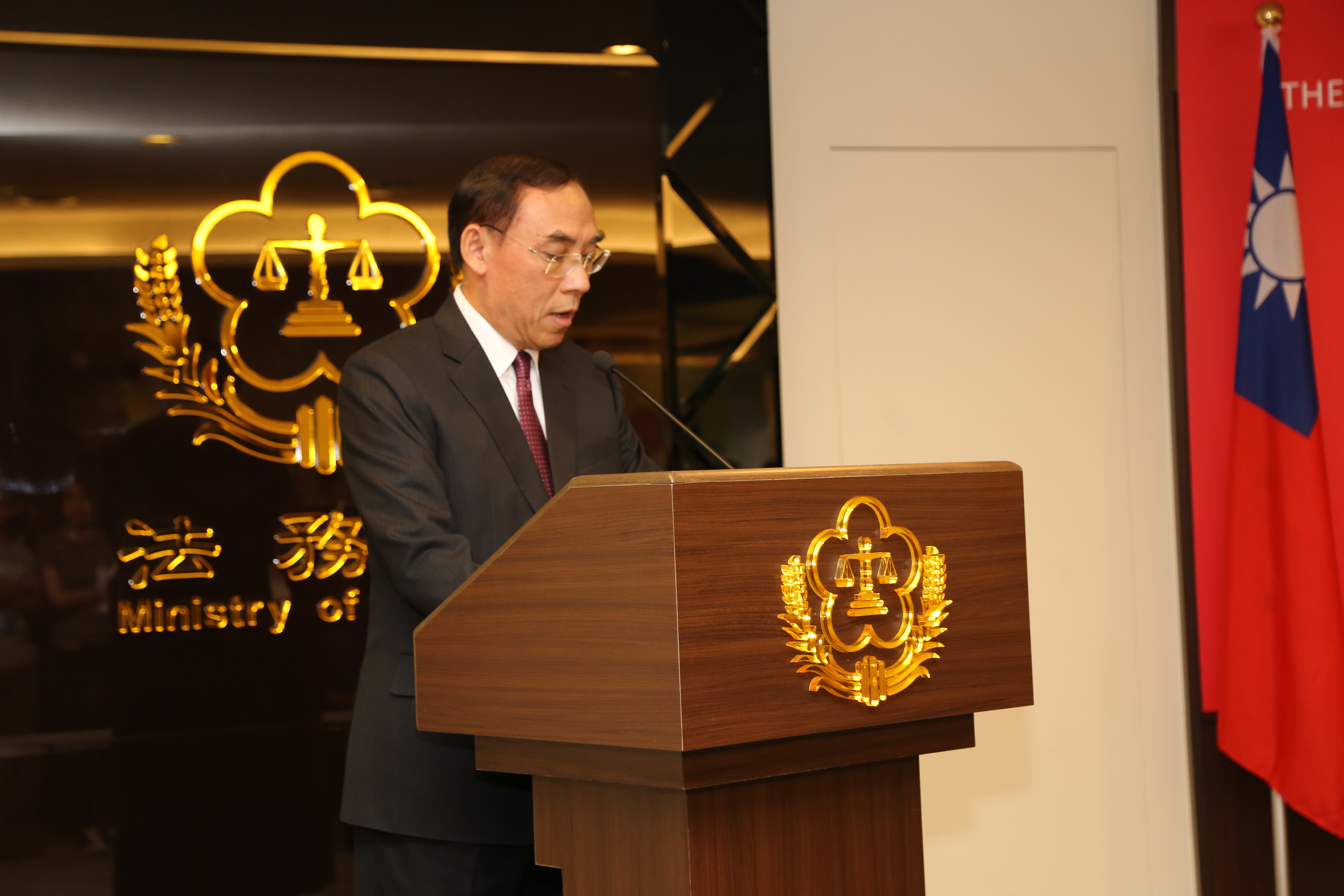 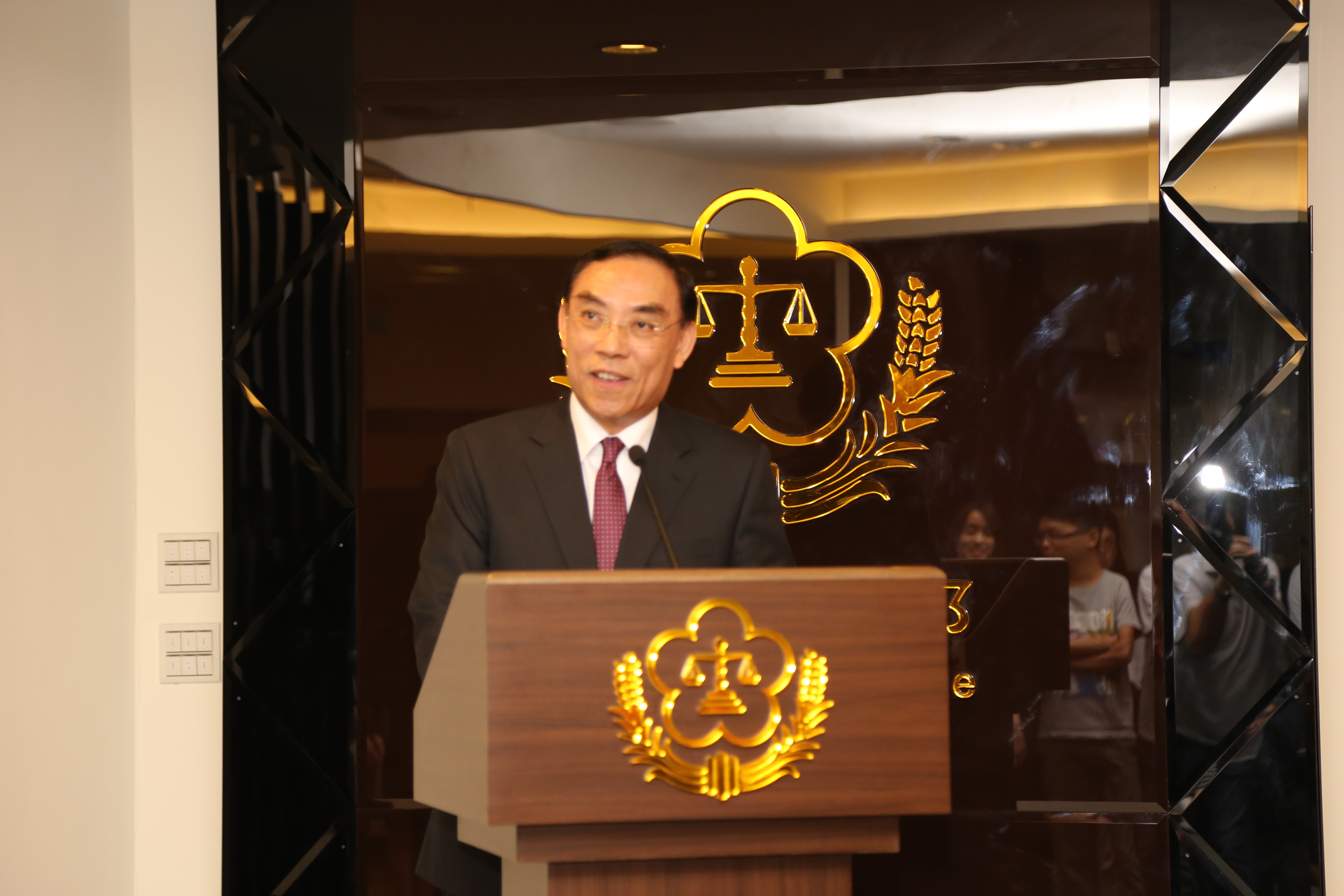 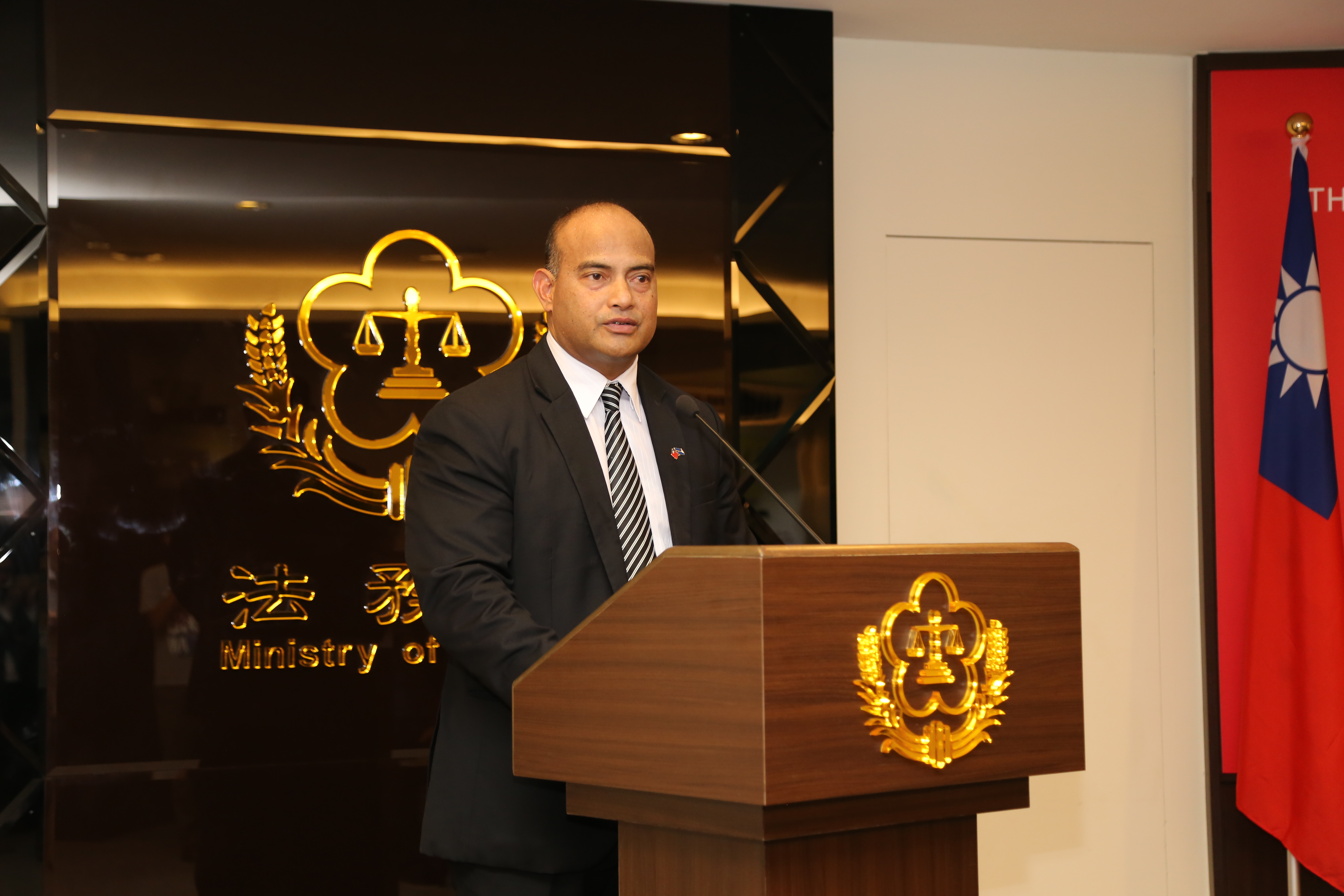 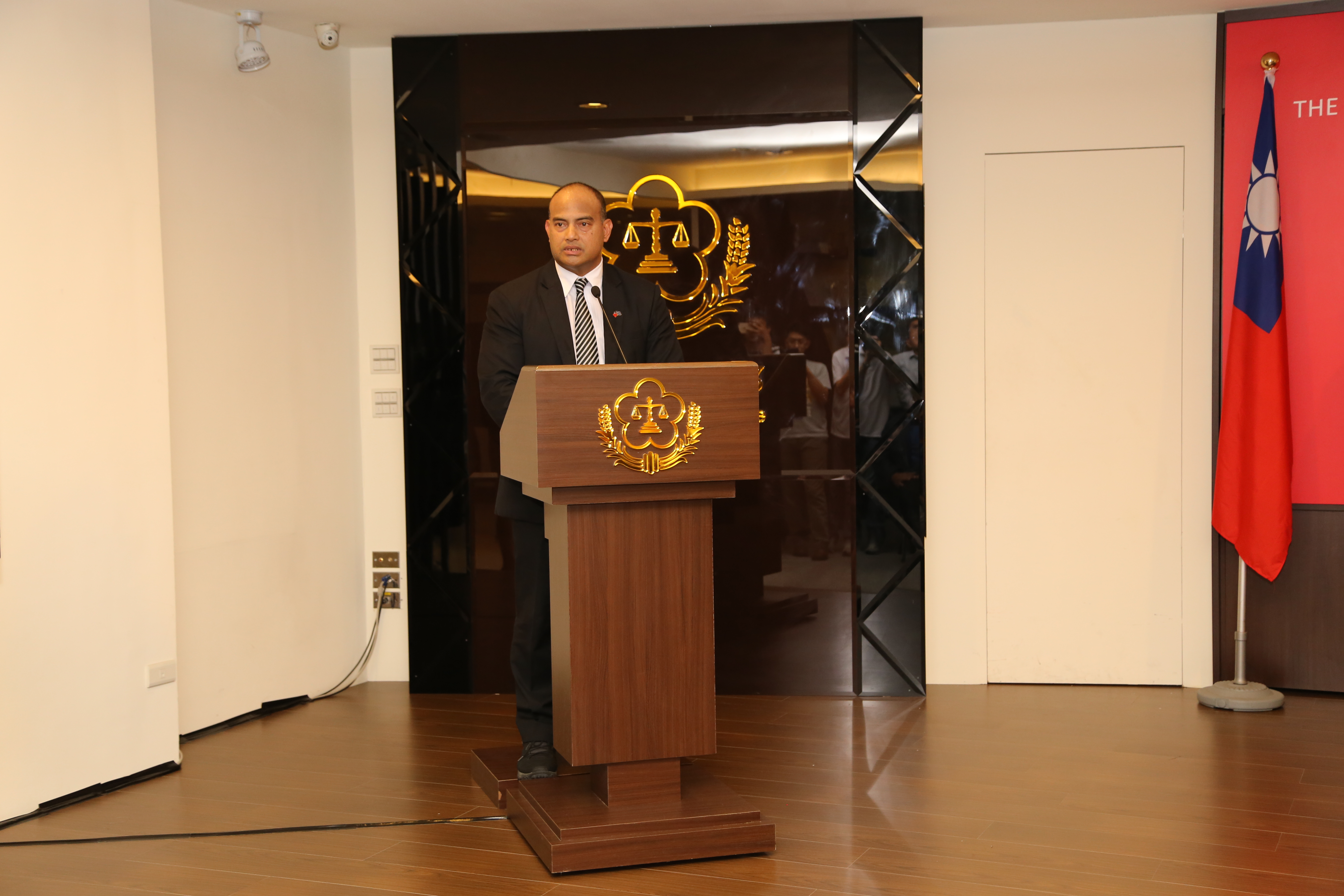 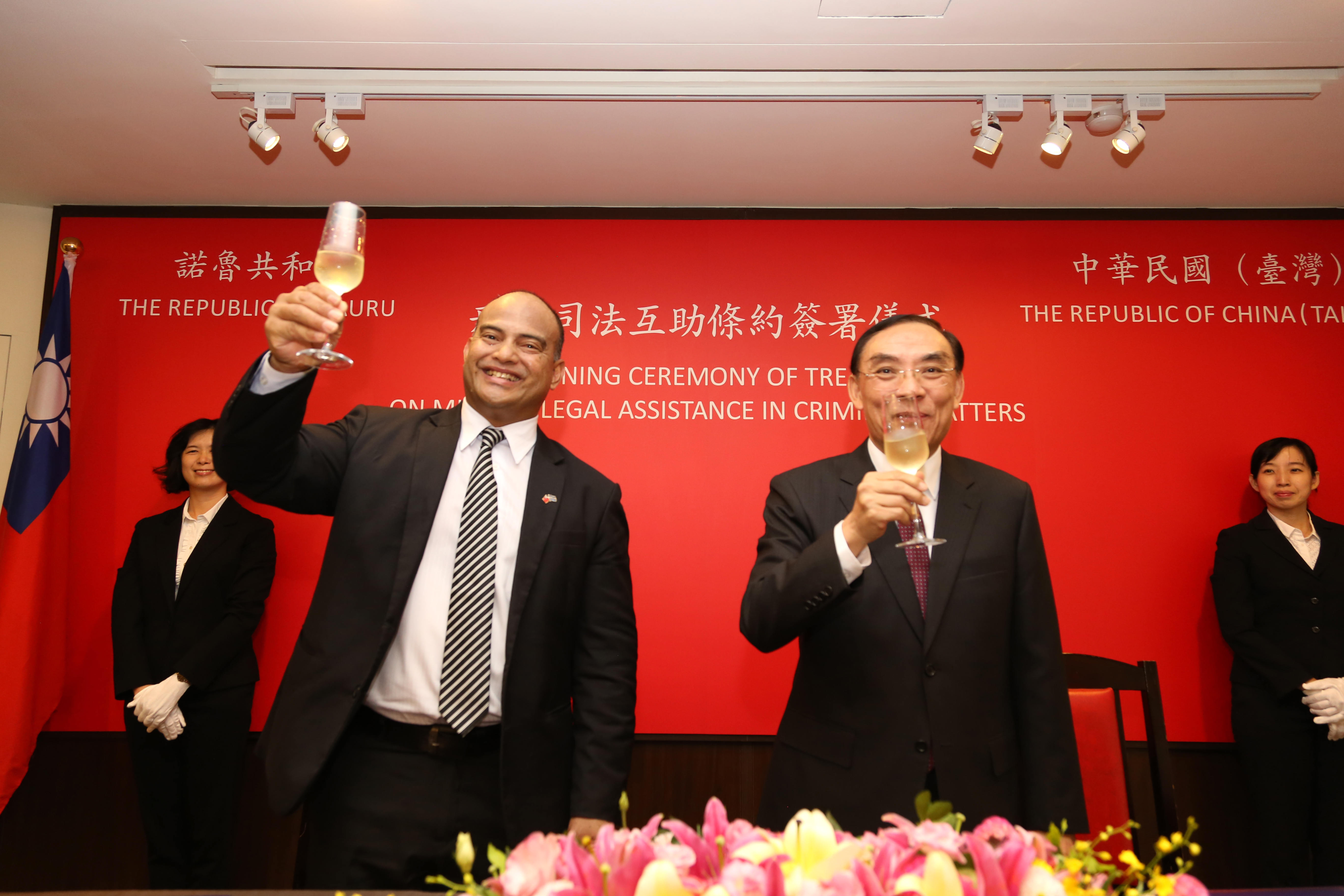 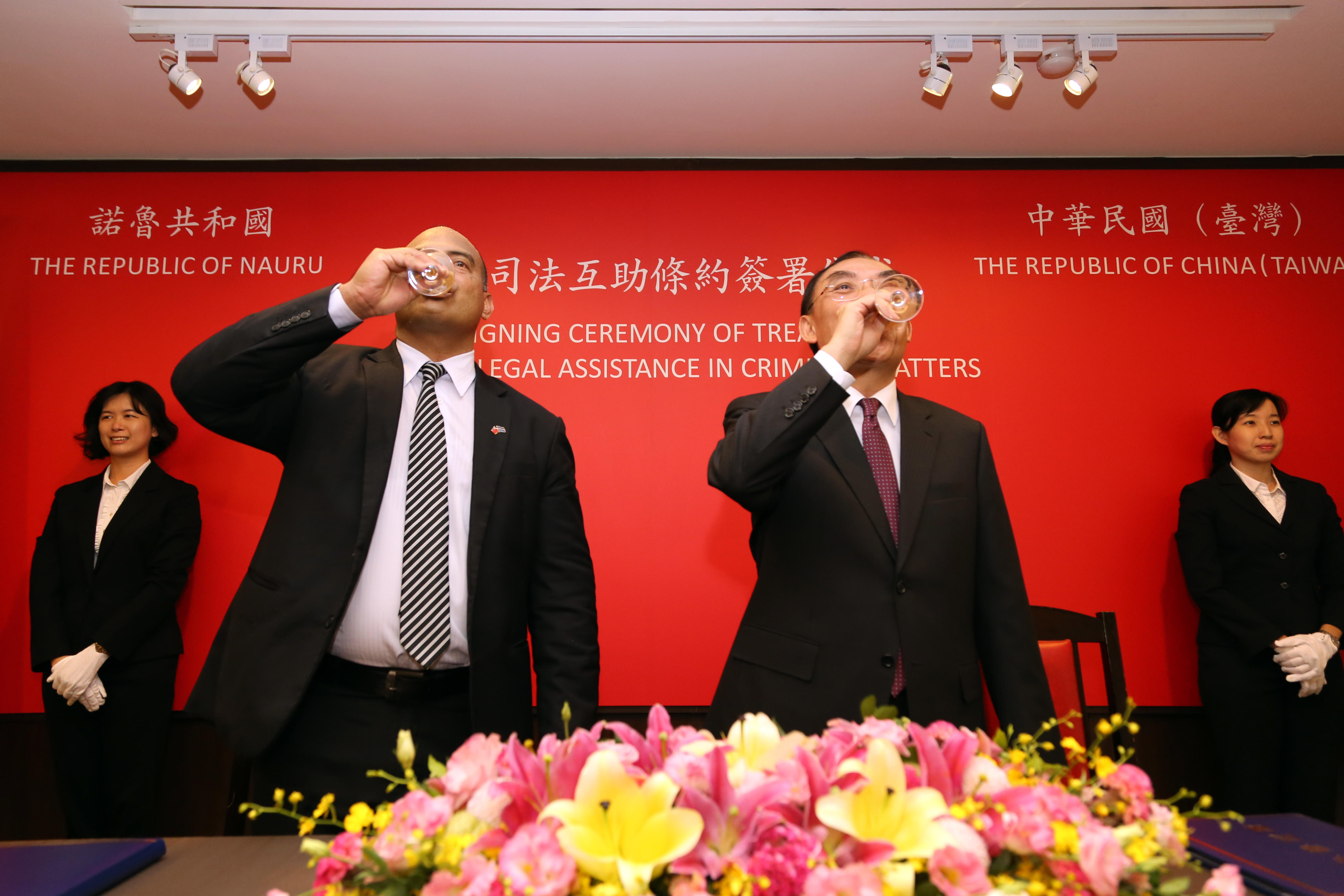 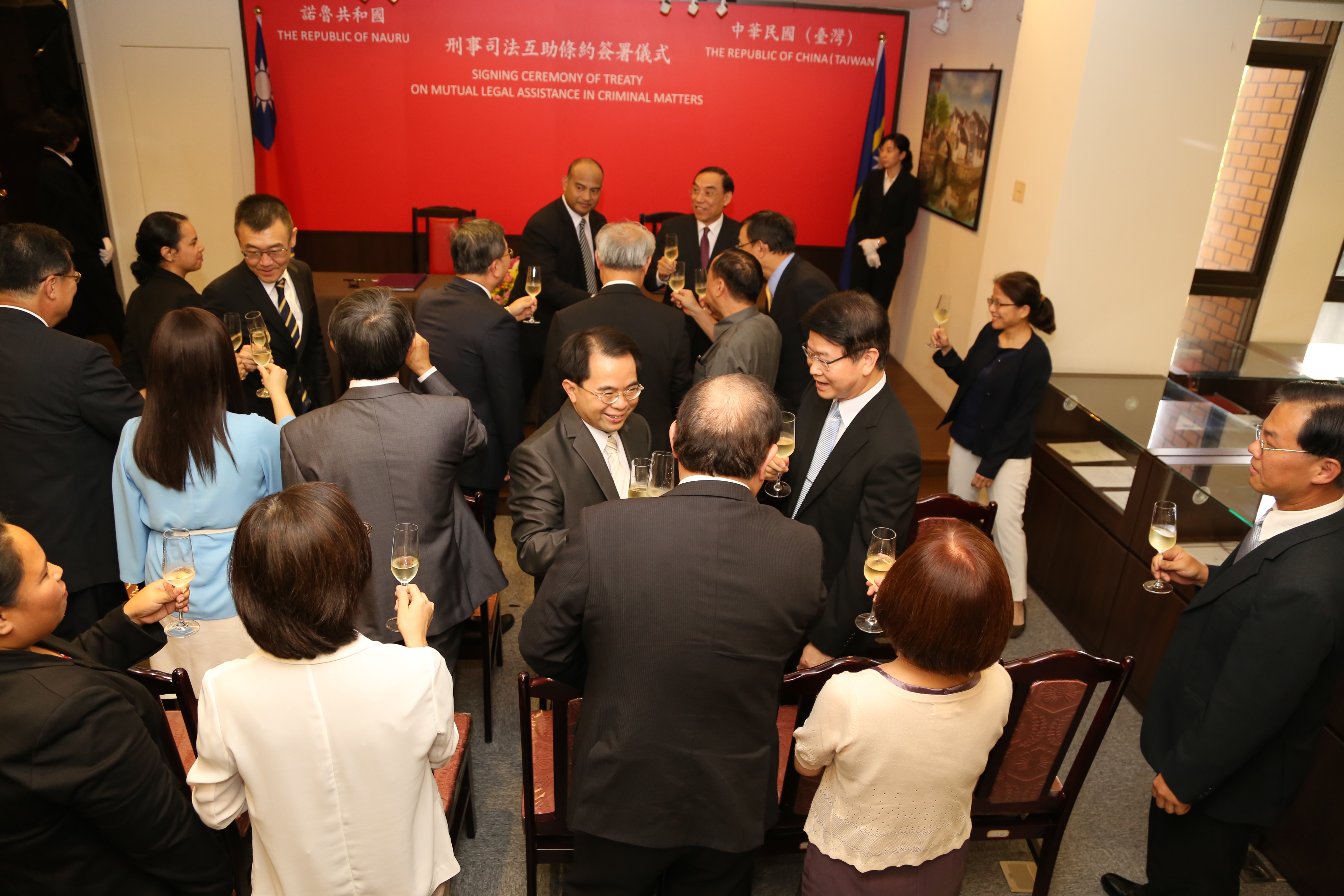 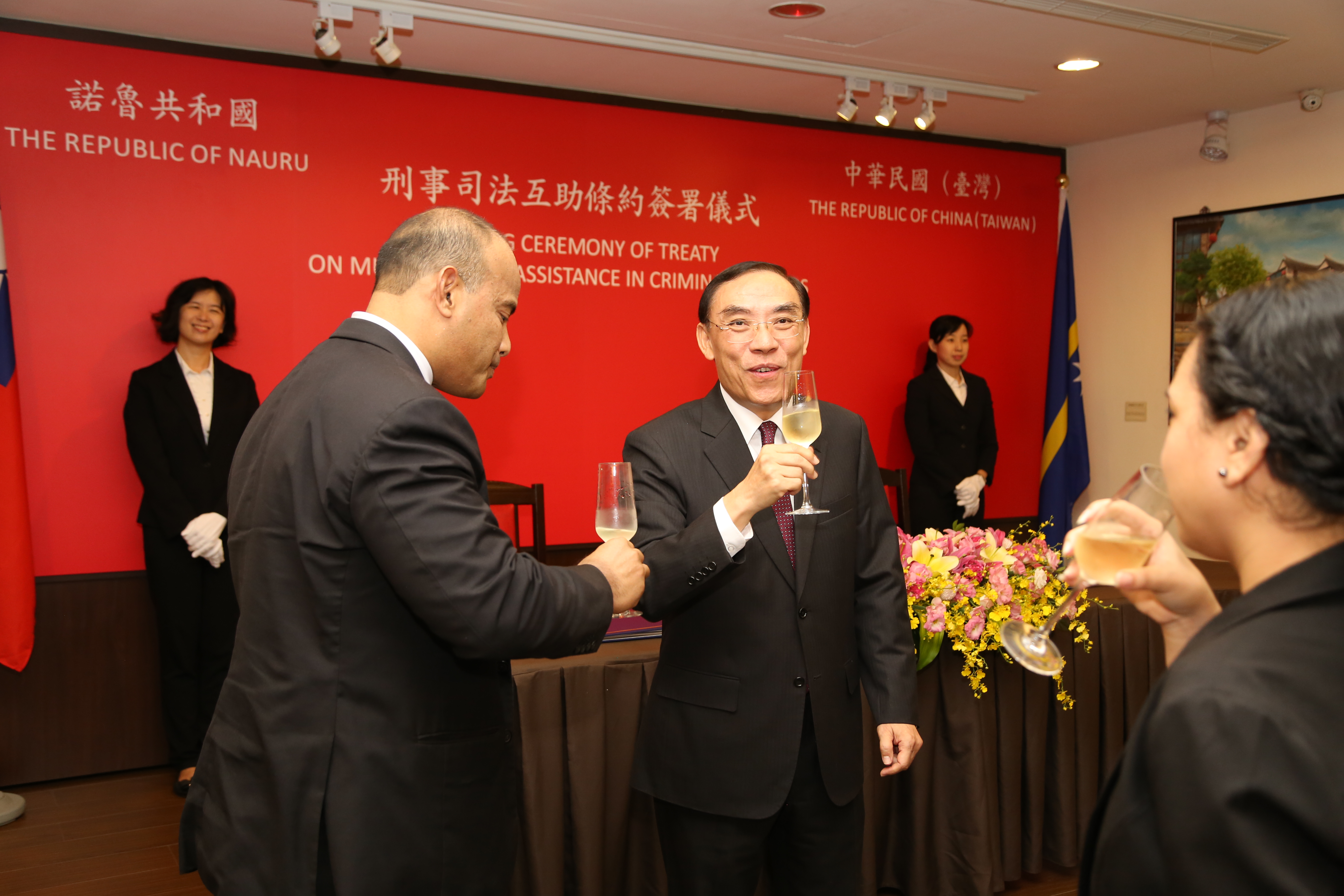 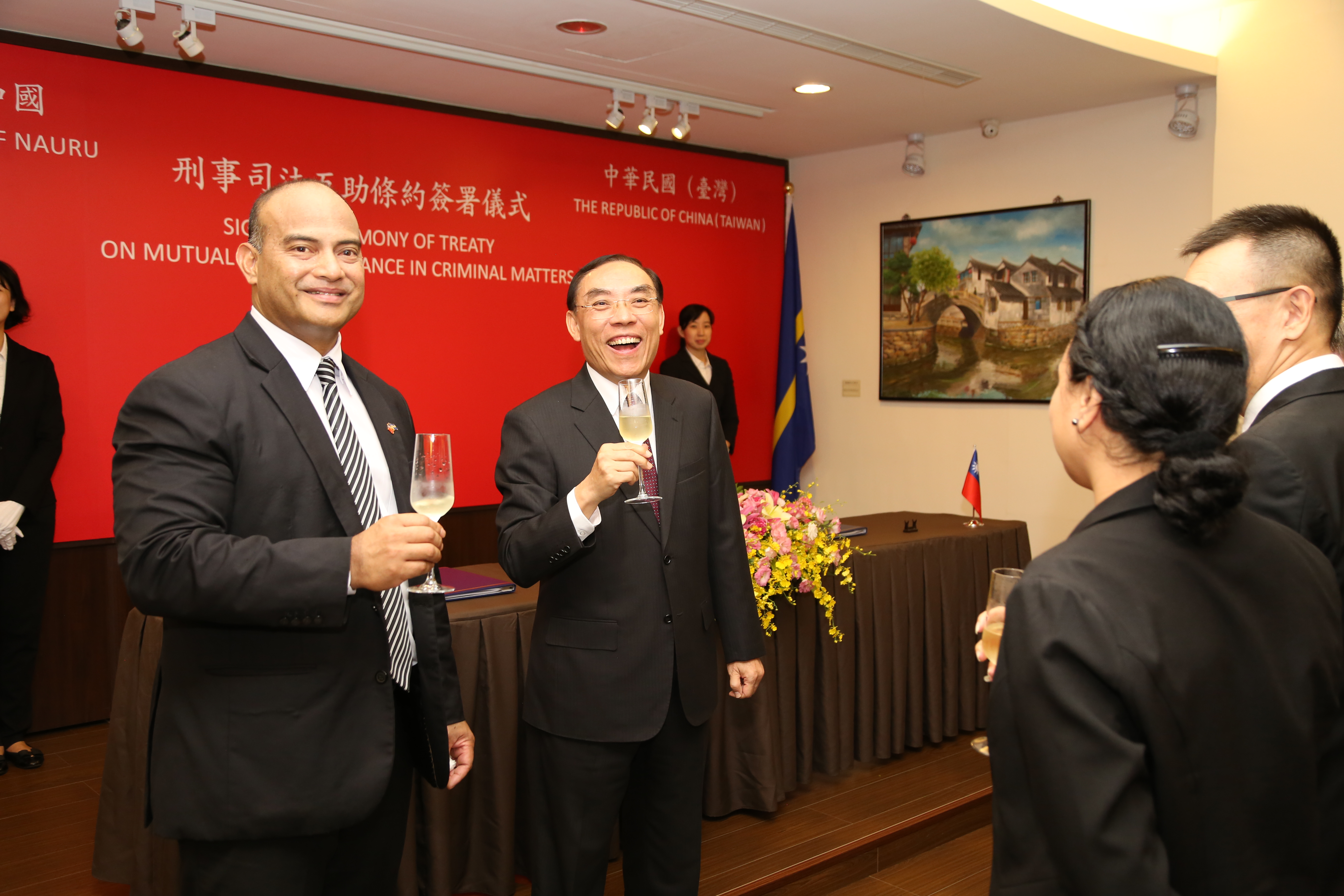 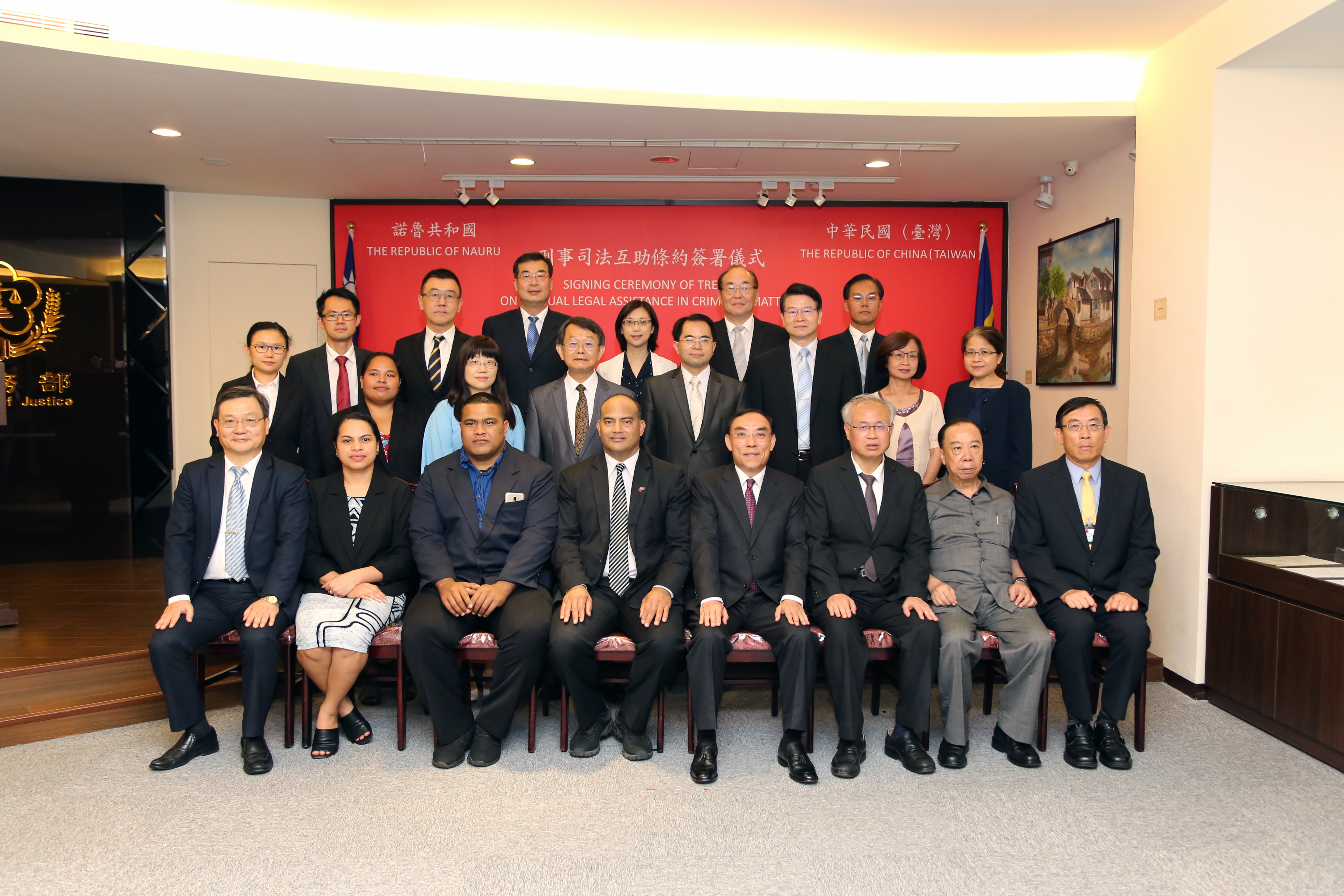 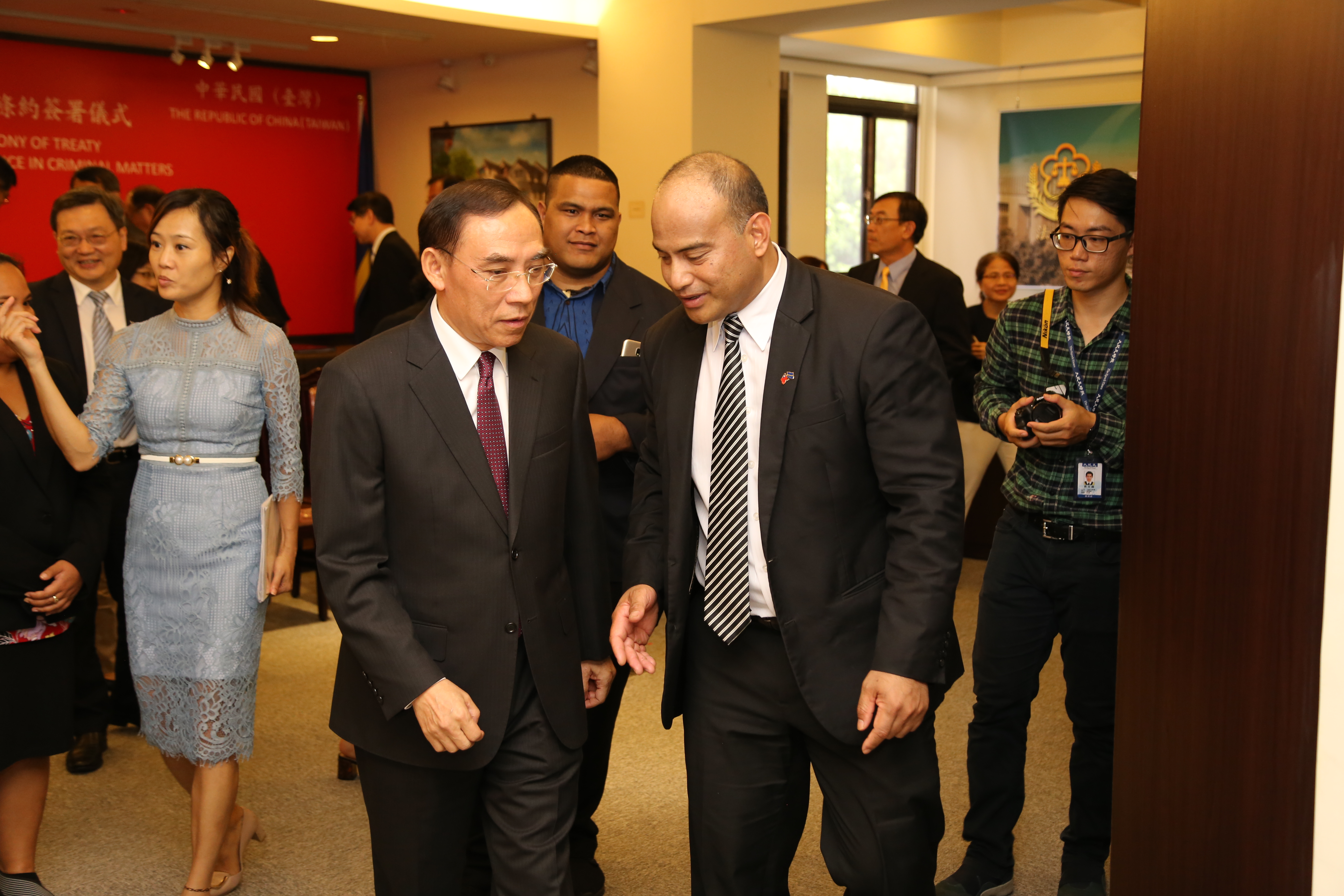