August 8, 2022:International Judicial Cooperation, Navigates to Caribbean Region! Witnessed by President Tsai, Minister Tsai of Taiwan MOJ, as well as Prime Minister and Minister Gonsalves of Legal Affairs of Saint Vincent and the Grenadines, Have Signed Two Treaties on Mutual Legal Assistance in Criminal Matters and Transfer of Sentenced Persons!

The Caribbean country Saint Vincent and the Grenadines has been a trustworthy diplomatically of Taiwan for more than 40 years. Therefore, Taiwan and SVG have a long history of close  collaboration in the fields of trade, agriculture, public health, education, investment, anti-money laundering and terrorism, curbing human trafficking, communication, police cooperation, technology and finance.

In four years of negotiation, the Ministry of Justice, the Ministry of Foreign Affairs and the Embassy of the Republic of China in Saint Vincent and the Grenadines continuously worked with the government of SVG, and finally reached consensus, despite the challenge of the pandemic. Responding to Taiwan’s sincere invitation, Prime Minister Gonsalves came to Taiwan and signed the two treaties with Minister Tsai in the same day at the same place.

After the MLA Treaty enters into force, Taiwan and SVG will be able to render assistance to each other in the process of criminal investigation, prosecution, court procedure and crime prevention. It covers: taking testimony/statements; providing documents; locating or identifying persons/items; serving documents; conducting searches and seizures; freezing or forfeiture of assets; and other assistance in compliance with the laws of both countries. It is worth mentioning that the treaty allows the taking of evidence via video conference and that the requesting party can be present in interviews to pose questions if permitted. This means the authorities of Taiwan and SVG are able to work as a joint investigation team and combat transnational crimes more efficiently and effectively.

In a similar vein, after entering into force, the TW-SVG TSP Treaty will become a strong legal backing for the transfer of sentenced persons between the two countries. It provides sentenced persons with opportunities to serve the sentences imposed on them in their homeland, with a view to facilitating the successful reintegration of sentenced persons into society and the accessibility for their families to visit. This development is in harmony with the world’s trend towards enhancing correctional effectiveness and human rights protection through international judicial cooperation.

Led by Minister Tsai, the MOJ endeavors to explore more chances for judicial international cooperation. Following those which had been concluded with the U.S., Mainland China, the Philippines, South Africa, Poland, Nauru, Belize and Slovakia, the TW-SVG MLA Treaty is the ninth of its kind that Taiwan has entered into with a foreign country/jurisdiction; and the TW-SVG TSP Treaty is the seventh being inked after the conclusion of its kind of Agreements between Taiwan and Germany, the UK, eSwatini, Poland, Denmark and Switzerland, which fully demonstrates the strong determination of the Ministry of Justice to maintain law and order alongside the world.

Standing on such a solid foundation laid today, the two countries will be more capable of fighting trans-border crimes side by side, while reinforcing the correctional environment for our sentenced nationals. The signing of these two treaties not only exits as a model for future cooperation between Taiwan and other countries in the Latin America and Caribbean region, but also becomes a starting point from where Taiwan could expand its judicial network and connect to the world through international judicial cooperation! 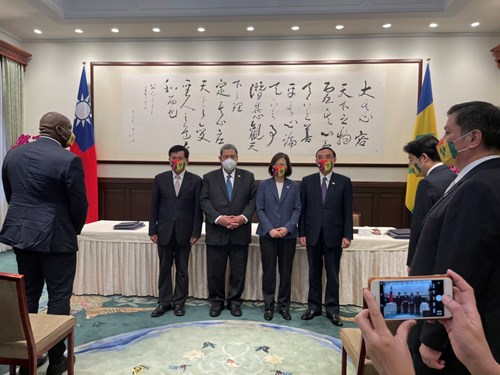 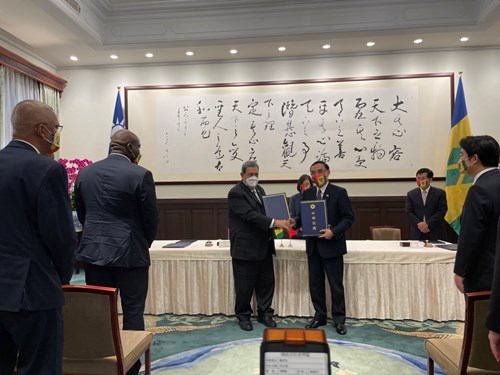 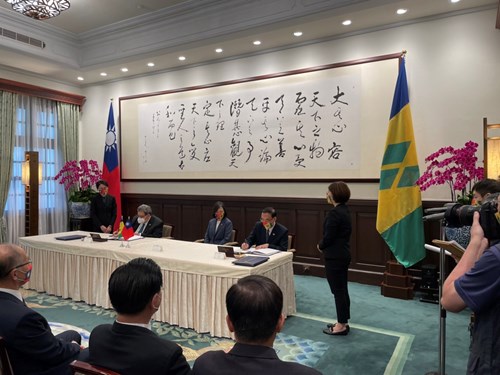