EU Senior Policy Manager Dr. Jonas Grimheden was invited to Taiwan by Ministry of Justice and Directorate-General of Personnel Administration, Executive Yuan for speeches on the Construction and development of EU human rights indicators and Sharing experiences in the establishment of national human rights institutions in EU member states. The speeches aimed to implement the important conclusions in the First EU-Taiwan Human Rights Consultations on March 22 2018 including “willingness of EU to assist Taiwan to establish human rights indicators in fulfilling the results of Human Rights Conventions review” and “experience sharing from EU about independent human rights institutes of EU”. The speeches were given in Civil Service Development Institute (CSDI) of Directorate-General of Personnel Administration on 30th and 31st January 2019. The audiences were civil servants from the central government, members of human rights committees and NGOs with relevant tasks. Distinguished guests included Head of European Economic and Trade Office Ms Madeleine Majorenko, representatives from European Affairs of Ministry of Foreign Affairs, Dean of CSDI Mr. Chung-chih Cheng, as well as scholars and experts on human rights from local.

Minister Tsai also stressed that Ministry of Justice is tirelessly working on the amendment of the same-sex marriage issue, which is highly concerned by the public. He also called for more understanding and acceptance regarding the protection of human rights so as to keep the criteria improving. In his conclusion Minister Tsai explained that in developing and constructing national human rights indicators, Taiwan is still exploring and would be benefited from experience of other countries. He therefore expressed his appreciation to Dr. Jonas for sharing his valuable knowledge on EU’s experience for a better understanding of human rights indicators.

Head of European Economic and Trade Office Ms Majorenko pointed out in her remarks that Taiwan and EU are companions on the same path towards human rights and share same values on liberty, democracy and law. Over the past decade, EU has had much communication and discussion on issues of human rights with Taiwanese civil officers, legislative authorities and NGOs for the purpose of improving human rights protection in Taiwan. She believed that Taiwan has become a role model in East Asia and achieved great recognition.

Ms Majorenko further stated her appeal for more advancement in human rights protection in both Taiwan and Europe. She looked forward to the continued exchange and share of experience in the second Human Rights Consultations this March in Brussels and in the future, as well as the realization of all the conclusions to preserve human dignity. She encouraged and invited all participants to practice human rights protection in public affairs.

The Seeded Teachers Training of Human Rights Indicators was organized by Ministry of Justice and Directorate-General of Personnel Administration, Executive Yuan and executed by Civil Service Development Institute. The keynote speech of the first session by Dr. Jonas on 30th was followed by a general discussion on human rights indicators hosted by Political Deputy Minister of Justice Ming-tang Chen. Dr. Jonas gave his reply to feedbacks from other experts and participants in terms of the establishment of human rights indicators. Approximately 200 civil servants with relevant work of human rights from the central government attended the first session.

The keynote speeches of the second session on the promotion of national human rights institutes in EU countries and the third session on the establishment and development of EU human rights indicators were organized by Ministry of Justice. Approximately 82 participants from the central government, Presidential Office Human Rights Consultative Committee, Executive Yuan Human Rights Protection and Promotion Committee, Ministry of Justice and human rights task forces in other ministries and NGOs attended the second-day speeches. 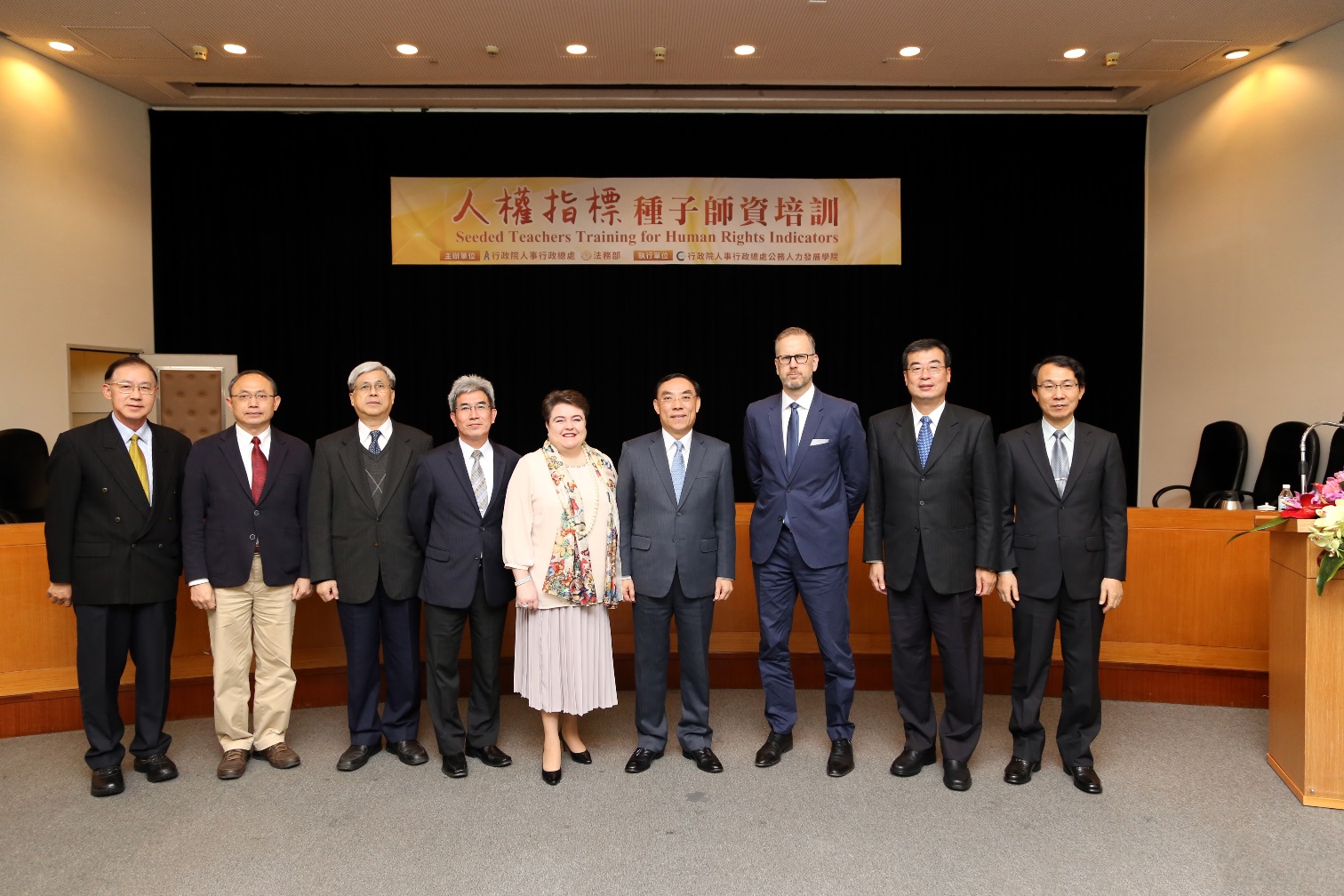