Tsai mentioned that Taiwan and Germany are both dedicated to pursuing democracy and freedom based on the rule of law, that the German judicial system has deep-rooted influences on Taiwan, and that the interactions between the two have been fruitful in Taiwan.

Tsai also mentioned that he has visited the Public Prosecutor General's Office in Frankfurt am Main and the Hessian Ministry of Justice in 2019 and has facilitated the internship in The First Prosecutor’s Office Munich. He expressed his hope that their respective ministries can continue to enjoy mutually beneficial cooperation in the future.

Dr. Polster expressed his appreciation for the efforts Taiwan has made in respect of prisoner transfer, and mutual legal assistance. Furthermore, Dr. Polster acknowledged his faith in Taiwan’s judicial system since he has heard so much positive feedback from German industries. He also mentioned his hope for returning to face-to-face interactions, which have been substantially interrupted due to the pandemic for the past two years.

The visit was a friendly and fruitful one, and bilateral cooperation was strengthened in the areas of mutual legal assistance, prisoner transfers and visits by experts. 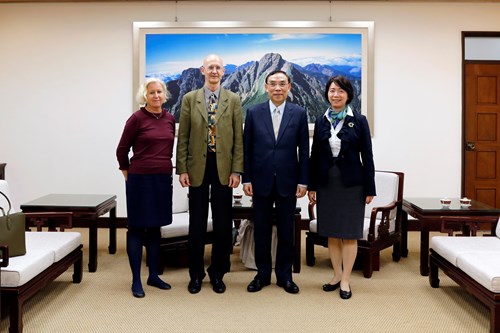