Starting from May 9th, 2022, a three-day review meeting of the Third National Report under the International Covenant on Civil and Political Rights (ICCPR) and the International Covenant on Economic, Social and Cultural Rights (ICESCR) (collectively referred to as the two Covenants) was held. It continued our prior method of “self-report and on-site review.” Nine international human rights scholars and experts were invited to Taiwan to assist in a review of the Third National Report on the two Covenants, which ended successfully on the 11th. Yesterday (13th), we held a press conference presenting the International Review’s concluding comments and suggestions at the Judicial New Building Hall.

In addition to thanking the nine international reviewers for their hard work and for making the particular trip despite the severe global epidemic, Minister without Portfolio LO Ping-cheng also thanked the representatives of various government agencies and civil bodies for their participation. The international reviewers could better understand the impact of the two Covenants in our country from the input and more effectively put forward the respective concluding observations and suggestions.

The International Review consisted of two committees, of which the Civil and Political Rights Convention Committee consisted of the five members Mr. Manfred Nowak from Austria, Ms. Shanthi Dairiam from Malaysia, Mr. Peer Lorenzen from Denmark, Mr. William Anthony Schabas from Canada, and Ms. Rukka Sombolinggi from Indonesia. Furthermore, the Economic, Social and Cultural Convention Committee was composed of four members: Mr. Eibe Riedel from Germany, Ms. Virginia Bonoan-Dandan from the Philippines, Ms. Heisoo Shin from Korea, and Ms. Rosslyn Noonan from New Zealand. After reviewing national reports, civil reports, and official responses to the list of questions, and after extensive and in-depth dialogue with representatives of our government agencies and non-governmental organizations, the nine international reviewers put forward their concluding observations and recommendations.

The Concluding Observations and Recommendations contain 92 key points, which can be divided into four main topics: Introduction, general Issues, specific issues relating to the ICESCR, and specific issues relating to the ICCPR. In section 1, the two committees describe the implementation of the ICCPR and the ICESCR in Taiwan, the preparation of national reports on the ICCPR and the ICESCR in Taiwan over the years, the process of Taiwan's participation in international review meetings and the way in which the concluding observations are made. The active participation of the government and civil society in Taiwan is acknowledged. The two committees were impressed by the significant progress Taiwan has made since 1987, when it emerged from the long and dark era of martial law, and noted that Taiwan has made significant progress in some areas, such as legalizing same-sex marriage, abolishing the crime of adultery and establishing a national human rights commission. However, the abolition of the death penalty and the protection of aboriginal rights have yet to be fully realized in Taiwan. The two committees expect the Taiwanese government, under the leadership of President Tsai Ing-wen, to continue to implement international human rights norms.

The Third International Review Conference on the National Reports of the Two Covenants was a success and showed the world Taiwan’s determination to implement the two Covenants by taking action and making innovations for the development of human rights protection. On behalf of the government, Minister without Portfolio LO Ping-cheng, pledges to guide all government agencies in implementing the concluding comments and recommendations received, and to continue to apply the spirit of the ICCPR and the ICESCR legislation to all government administrations. This will enable Taiwan to meet international standards in human rights protection and to build a more robust and stable human rights protection system in order to strengthen the foundations of Taiwan as a "human rights state". 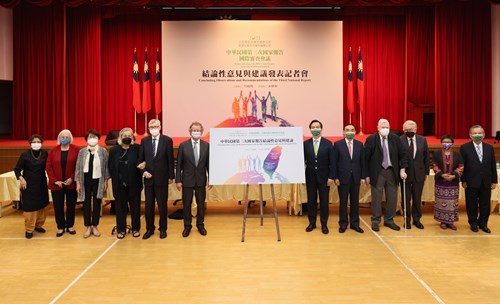 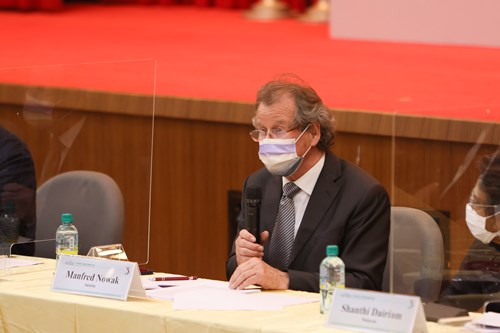